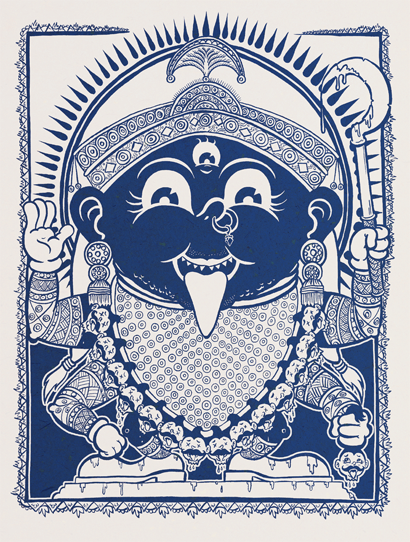 Titmouse is an animation studio based in LA and NYC. They develop and produce animated television programming, feature films, music videos, title sequences, commercials and short films. Productions include The Venture Bros, Metalocalypse, China, IL, Superjail!, and Black Dynamite for Adult Swim, Motorcity and Randy Cunningham: 9th Grade Ninja for Disney XD, and the animated episodes of Community for NBC.

In this exhibition, 23 Titmice come together to share their artistic point of view with silkscreen print editions. While their sensibilities vary, they are all commonly influenced by animation, illustration, comic art, and pop culture. Subjects that range from the whimsical to the macabre are explored brilliantly by these talented applied artists, making for an exuberant and multifaceted print-art show.