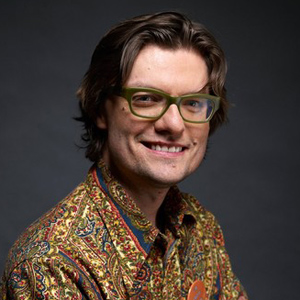 James Urbaniak (voice of Dr. Venture) will be a featured guest at Dragon*Con 2013 according to the convention’s website.

James Urbaniak is an American actor. One of his first noteworthy roles was in the avant-garde playwright/director Richard Foreman’s The Universe, for which Urbaniak won an Obie. He has also been acclaimed for his acting in the films Henry Fool and American Splendor, playing legendary illustrator R. Crumb and the play Thom Pain, for which he was nominated for a Drama Desk Award. He provides the voice for Dr. Thaddeus Venture on The Venture Bros., as well as the Doctor’s brother, Jonas Venture Junior and the super-villain Phantom Limb.