Entertainment Earth reveals new ‘The Venture Bros.‘ merchandise at Toy Fair 2014! If you are attending the event, be sure to visit them at Toy Fair Booth #4941 for a closer look! 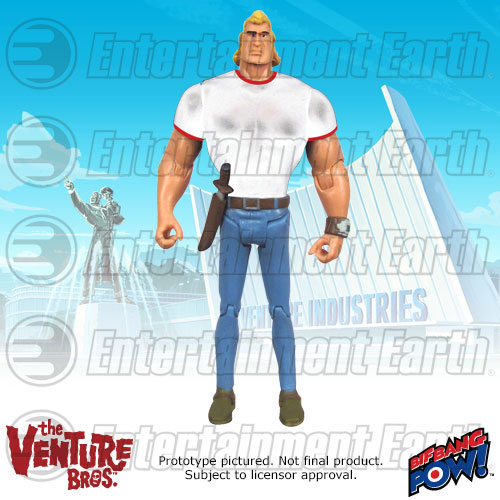 Venture Bros. Character Shot Glasses – Set of 6
If you just can’t get enough of The Venture Bros., this Venture Bros. Color-Changing Shot Glasses – Set of 6 from Bif Bang Pow! is for you. Go, Team Venture! This outstanding set of six 2-ounce shot glasses brings The Venture Bros. home for keeps. Each features the image of a different character from the show, and they all change color when a cold liquid is poured into them! In addition to Hank and Dean, there are Dr. Venture, The Monarch, Dr. Mrs. The Monarch, and Brock Samson along with the series logo. 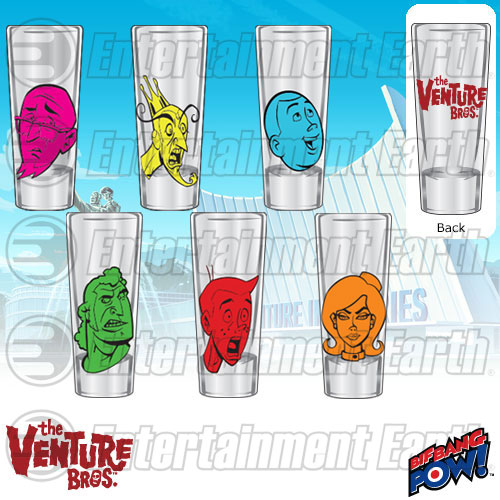 “Brock & The Stripper” by Douglas Lovelace