Released today, The Venture Bros. Season 2 has been added to the service! Subscribers can watch 13 episodes from Season Two, including the Season Opener, Powerless in the Face of Death, which picks up after the untimely deaths of Hank and Dean Venture. Watch online at the link below or stream it right your TV via Xbox, Wii, PS3 and other devices.

We are delighted by this news and look forward to more seasons in the future! Be sure to rate this title and share with your friends on Netflix. 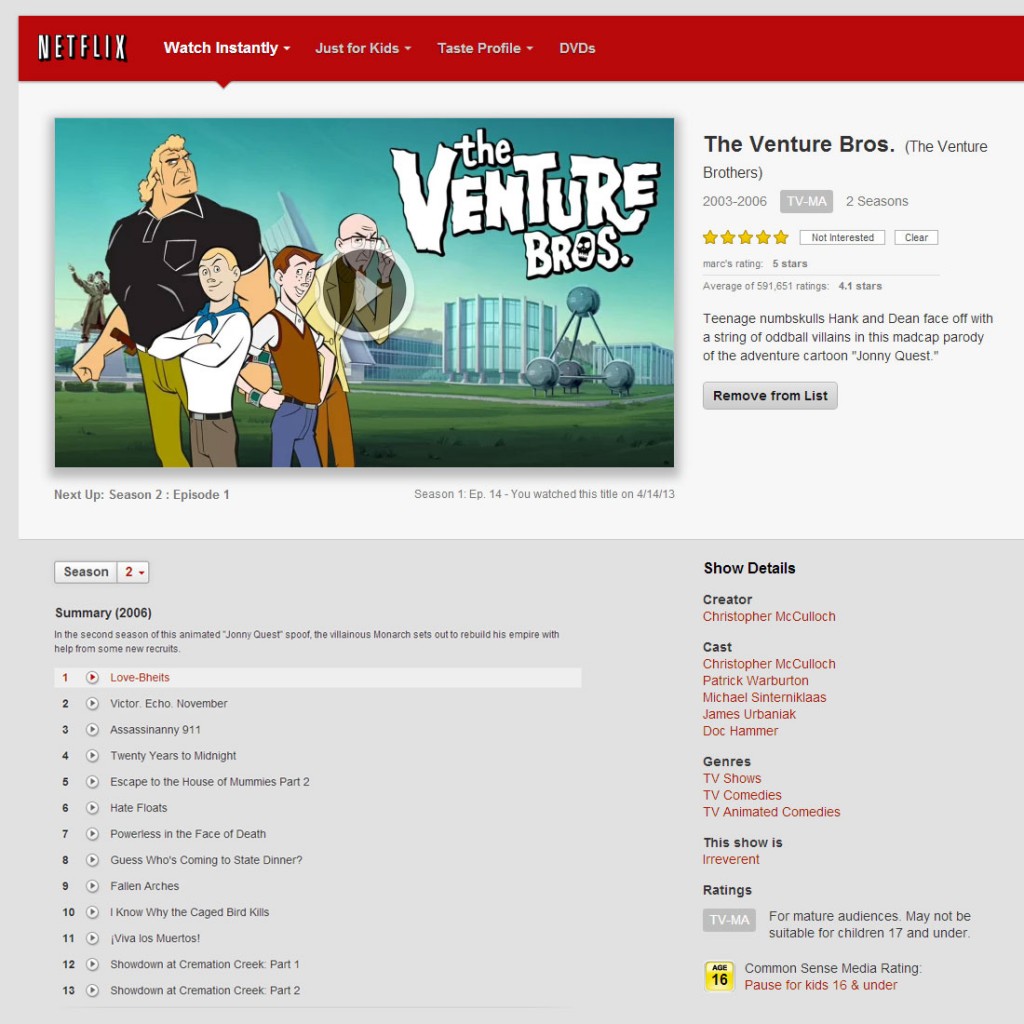