Netflix has inked a deal with Turner Broadcasting and Warner Bros. to bring past seasons of Cartoon Network and Adult Swim shows to Netflix starting March 30th, bringing even more content to the streaming service in the coming months. 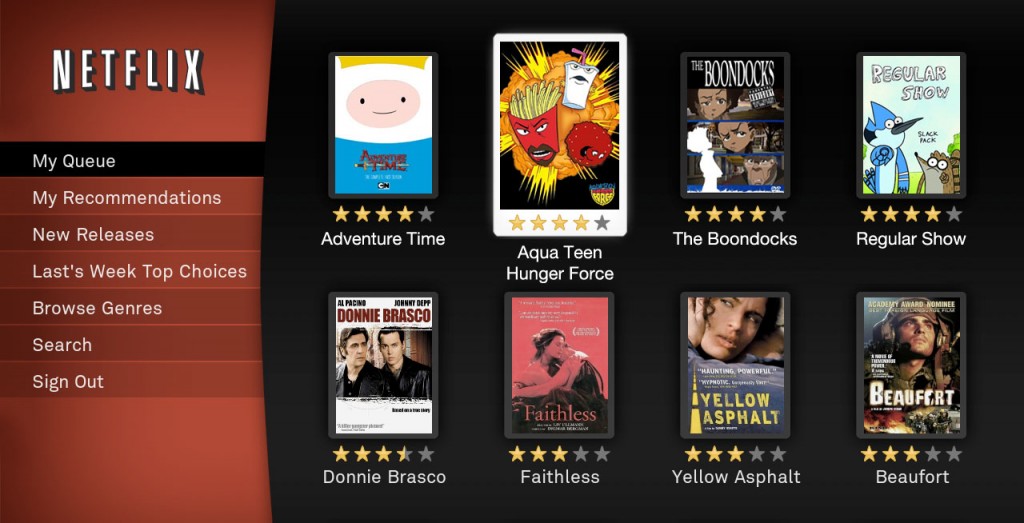 At the same time, Adult Swim shows, such as Robot Chicken, Aqua Teen Hunger Force, Sony Pictures Television’s The Boondocks and the Emmy®-winning Childrens Hospital from WBTVG’s Studio 2.0, will be made available.

Coming exclusively to Netflix in January 2014 will be season one and two of the critically acclaimed Warner Horizon Television-produced TNT series Dallas.

“We are delighted that Netflix will become the exclusive over-the-top streaming subscription destination for past seasons of favorite Cartoon Network and Adult Swim titles,” said Ted Sarandos, Chief Content Officer of Netflix. “We’re also thrilled to be able to offer the latest seasons of Dallas, one of the greatest all-time guilty pleasures.”

“The industry has evolved so that TV Everywhere and subscription video on-demand services can coexist with the appropriate windowing strategy, while allowing for more content flexibility to meet consumer demand in the changing digital landscape,” said Deborah K. Bradley, senior vice president of program acquisitions for Turner Broadcasting. “We’re happy to offer our popular programming to Netflix members, as SVOD services have become another way to grow audiences and can introduce new viewers to our programming.”

“We are thrilled to continue our great relationship with Netflix giving their subscribers access to more and more of our programming,” said Ken Werner, President, Warner Bros. Domestic Television Distribution. “This represents another evolutionary step in the TV ecosystem working with Netflix, on the SVOD platform, to improve the consumer experience while being respectful of existing business models.”

The Venture Bros. Panel at Dragon*Con 2011