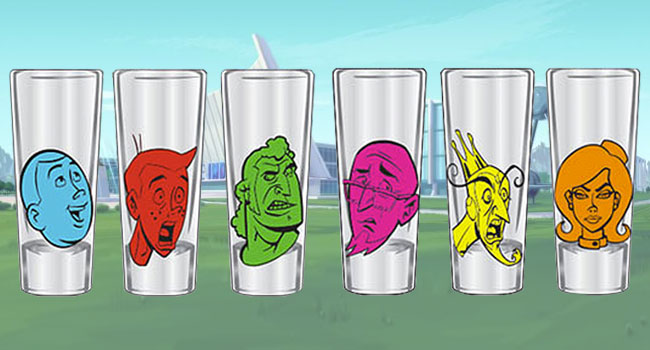 This outstanding set of six 2-ounce shot glasses brings The Venture Bros. home for keeps! Each features the image of a different character from the show. In addition to Hank and Dean, there’s Dr. Venture, The Monarch, Dr. Mrs. The Monarch, and Brock Samson! This Venture Bros. Character Shot Glasses set will first be sold at San Diego Comic-Con 2014 at the Entertainment Earth Booth #2343. If supplies remain after the show, your order will be filled and shipped to you in August, 2014. 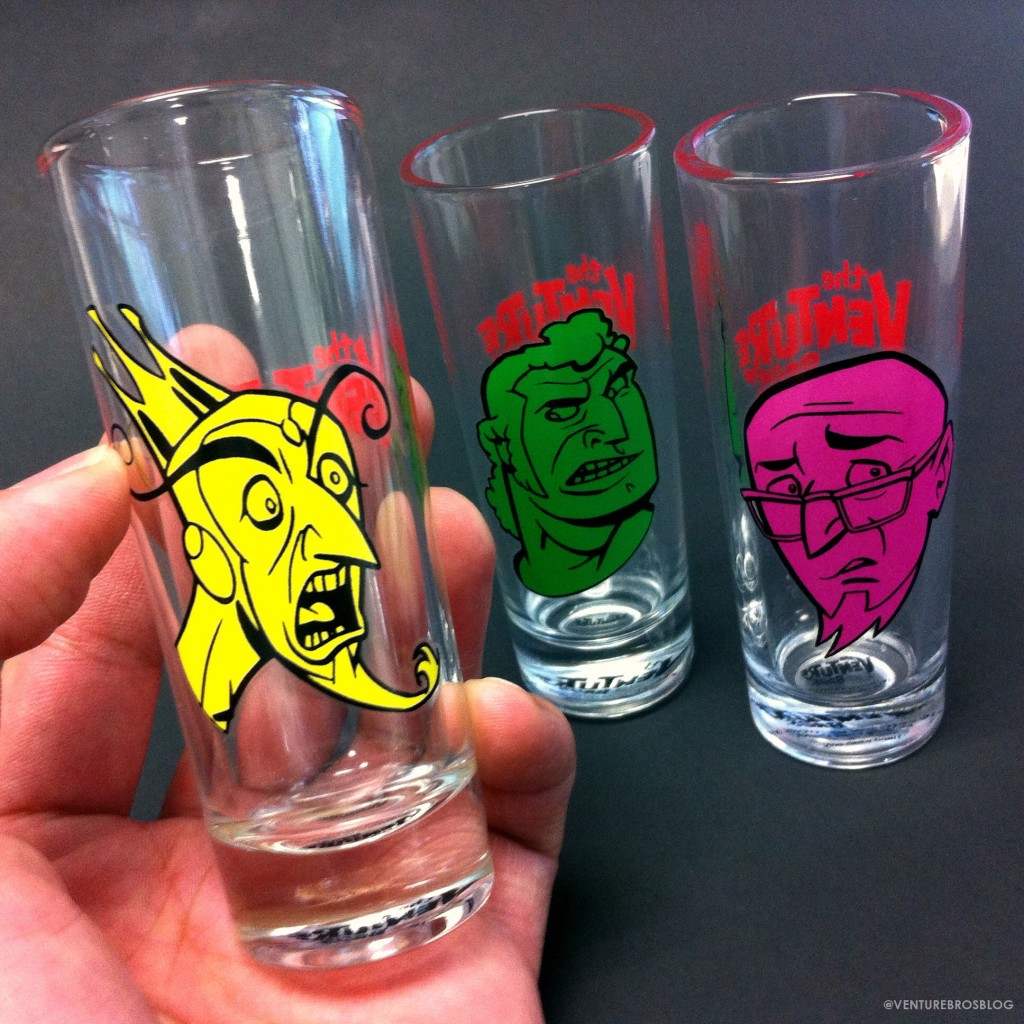 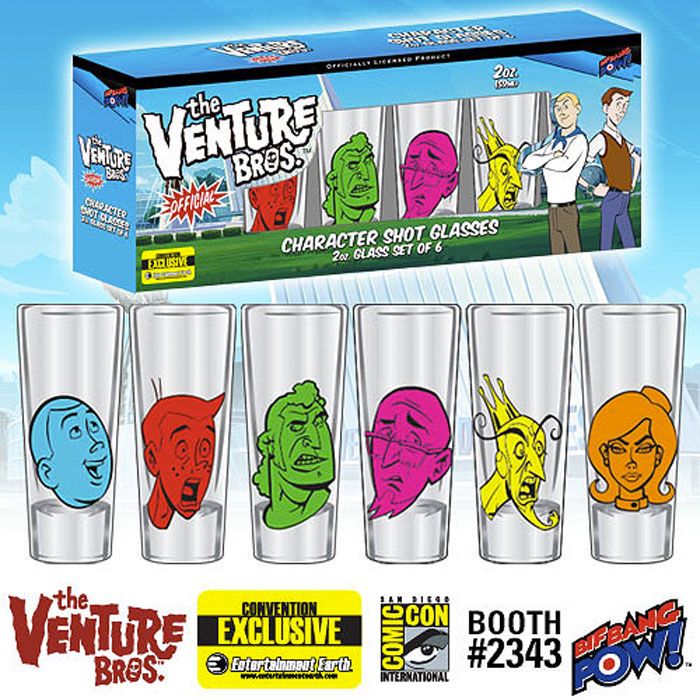 Entertainment Earth is a worldwide retailer with a popular website and print catalog. Founded online in 1996 and based in Simi Valley, California, we offer an ever-expanding selection of tens of thousands of licensed products ranging from action figures, toys, and gift items to high-end limited edition pieces and hard-to-find collectibles.