Doc Hammer’s band WEEP will be headlining a show at Littlefield in Brooklyn. Come see the band play their hearts out on Friday, March 8th! Doors open at 8:00pm.

For more information visit, WEEP’s Facebook Page or on Myspace at weeptheband. 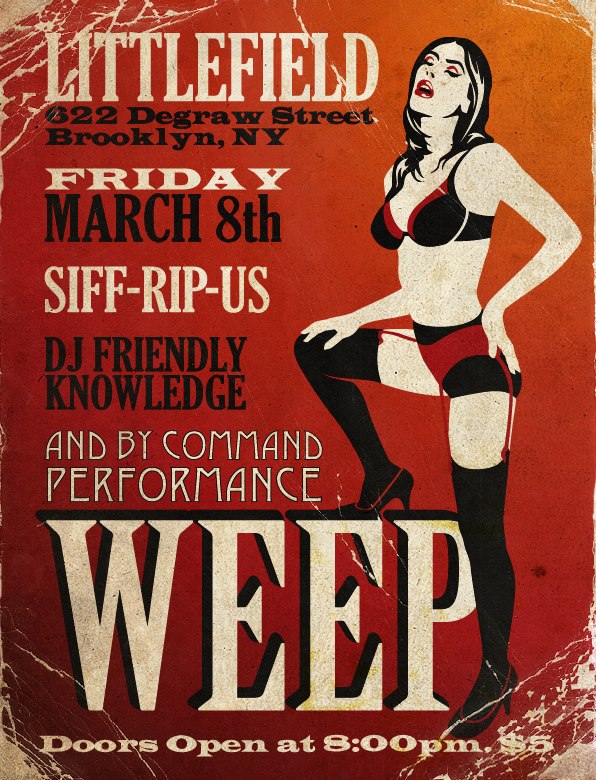