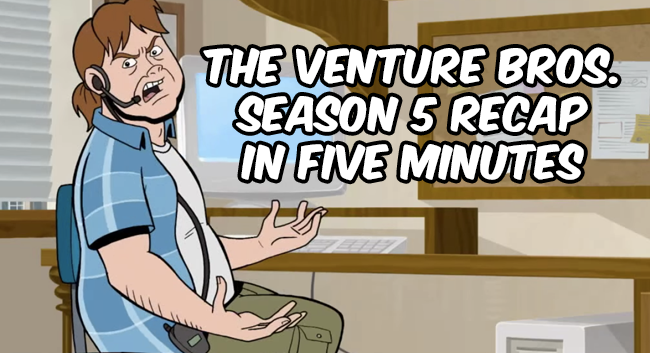 Not caught up with the latest episodes of the Venture Brothers? Adult Swim has released a 5-minute recap of Season 5, narrated by Henchman 21 himself (Doc Hammer). And if that’s not enough for you, Adult Swim is streaming all the seasons of Venture Bros. every week until the Season 6 Premiere! Watch on Adult Swim’s website at the link below, no login needed!

Episode Recap of “Everybody Comes to Hank’s”