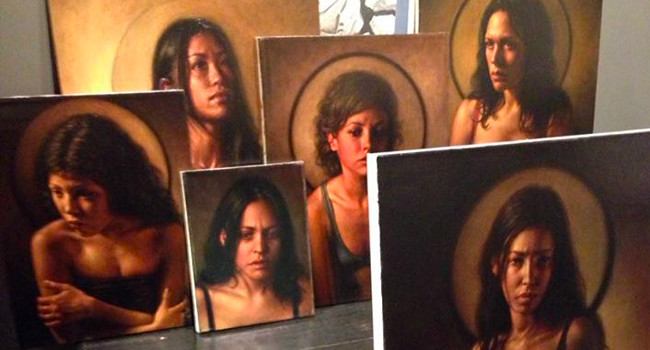 Century Guild has been a staple at San Diego Comic Con International, where they bring rare and important Symbolist artworks every year to inspire and educate art fans from across the world. The focus of the gallery is late 19th century Art Nouveau through German Expressionism of the 1920s, but we do also show a few select artists whose work is of significant importance as a bridge between these movements and the present.

Doc Hammer’s “Saint” series of paintings is on display at Century Guild booth #2845. Copies of the new Century Guild magazine are available at the booth, the first issue features an article on Doc Hammer’s art and his unique path towards classicism.

Doc Hammer will be signing copies of the new magazine on Saturday, July 20th at 2:00pm. Due to space restrictions, the autograph signing is limited to 100 attendees for autographs and photos.