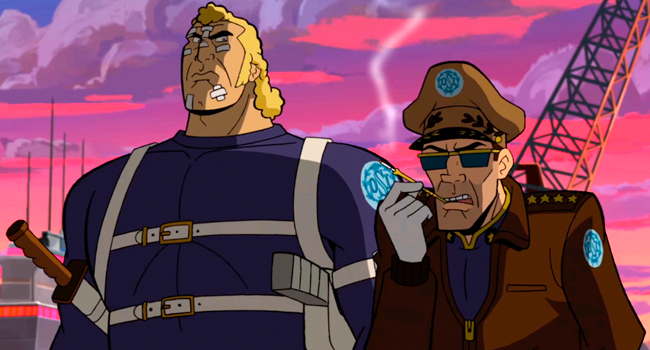 The new Venture Bros episode, O.S.I. Love You, is now available for download from digital retailers, iTunes, Amazon, Sony Entertainment, and Xbox Live. The episode is $2.99, 22 minutes long and accessible to users within the United States only. Click the links below to download the episode!

Synopsis
Brock and the O.S.I. come under fire from the higher ups when they lose two high value super-criminal prisoners. Somebody helped them escape, and everyone aboard the hover-quarters is a suspect in this 22 minute potboiler-even the visiting Ventures. 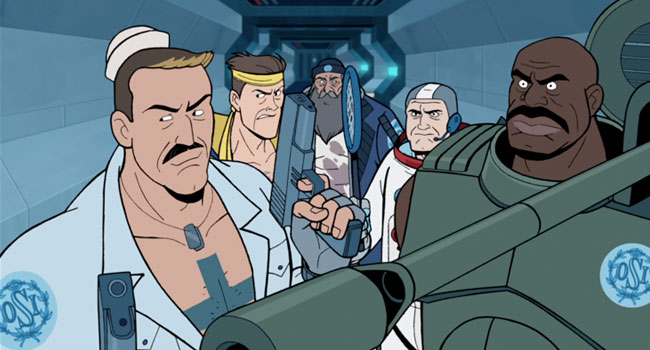 
VENTURE BROS. SNEAK PEEK VIDEO
O.S.I. has got their best homeless men and burn victims on the job.