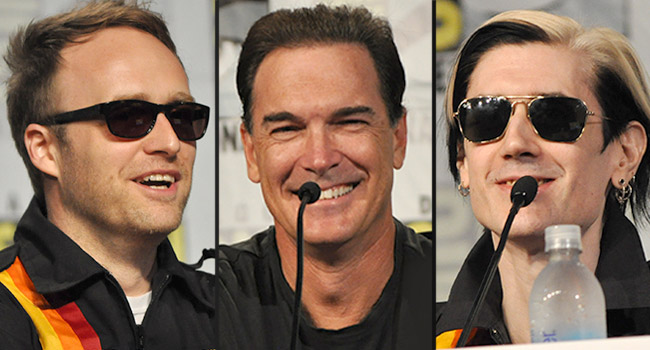 Released today on Adult Swim is video from the Venture Bros. Panel at San Diego Comic-Con 2013. Show creators Jackson Publick and Doc Hammer show off their new S5 speedsuits and field questions from fans with Patrick Warburton by their side. Highlights from the panel include news on Season 6 production, a Art of Venture Brothers Book by Dark Horse Comics, and Patrick Warburton’s son dressed as Shore Leave. They also discuss video games, the sexual history of Dr. Venture and the guys select the best Henchman 21 costume at Comic-Con.