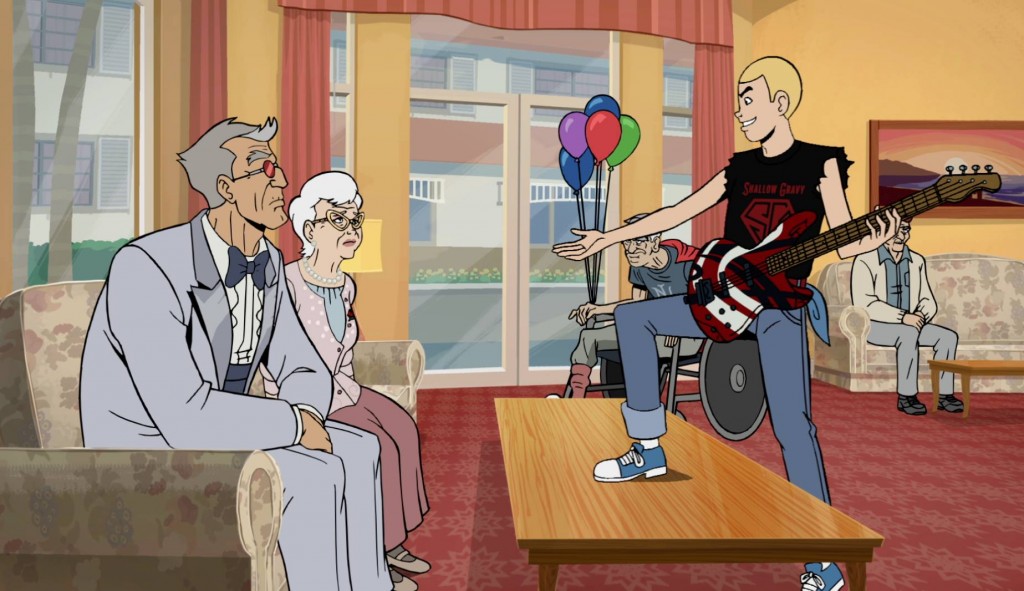 The new Venture Bros episode, The Devil’s Grip, is now available for download from digital retailers, iTunes, Amazon, Sony Entertainment, and Xbox Live. The episode is $2.99, 22 minutes long and accessible to users within the United States only. Click the links below to download the episode!

Synopsis
Dr. Venture is missing… presumed dead. Sgt. Hatred sends Hank and Dean to live with their godfathers to keep them out of harm’s way while he forges an unlikely alliance with Henchman 21 to wreak vengeance.

Jackson Publick – Geek Out for a Good Cause