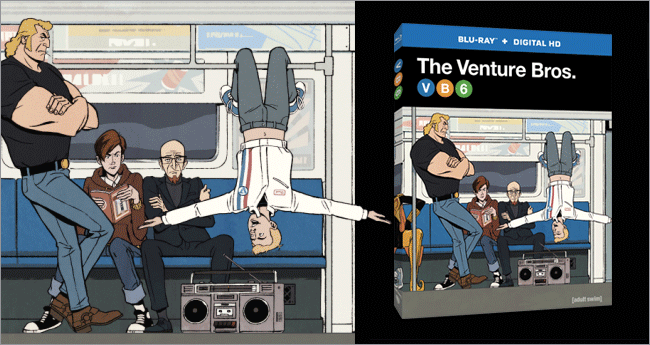 Join the Venture family as they begin a new chapter in New York City on the sixth season of the hit animated Adult Swim series, The Venture Bros., available on Blu-ray™ and DVD October 4, 2016. Get set for more exploits with brothers Hank and Dean as Dr. Venture inherits a fortune and moves his family into a spectacular new home in the Big Apple. Fabulously wealthy and settled in their luxurious, new compound, the Venture clan embarks on an exciting new season filled with more drama and danger! 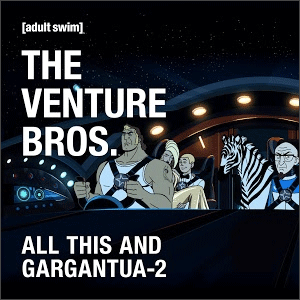 The Venture Bros. Season Six features all eight episodes from the show’s sixth season and bonus material, including commentaries for every episode, deleted scenes and special All This And Gargantua-2, all of which have never been released on Blu-ray™/DVD before. The Venture Bros. Season Six will retail for $29.98 SRP for the Blu-ray™ and $24.98 SRP for the standard DVD edition.

One of the longest running series on Adult Swim, The Venture Bros. follows the adventures of the Venture family, an eclectic clan comprised of the world-renowned Dr. Venture, a pill-popping, failed super scientist and father of the fraternal, not-so-bright twin brothers Hank and Dean. Joining them is their tough-as-nails bodyguard Brock (Patrick Warburton, Seinfeld, The Tick) who was appointed by the government to protect the family from any threat or violence. Together, they embark on a series of odd misadventures that take them around the globe as they fight off villains, most notably The Monarch, the family’s arch villain. 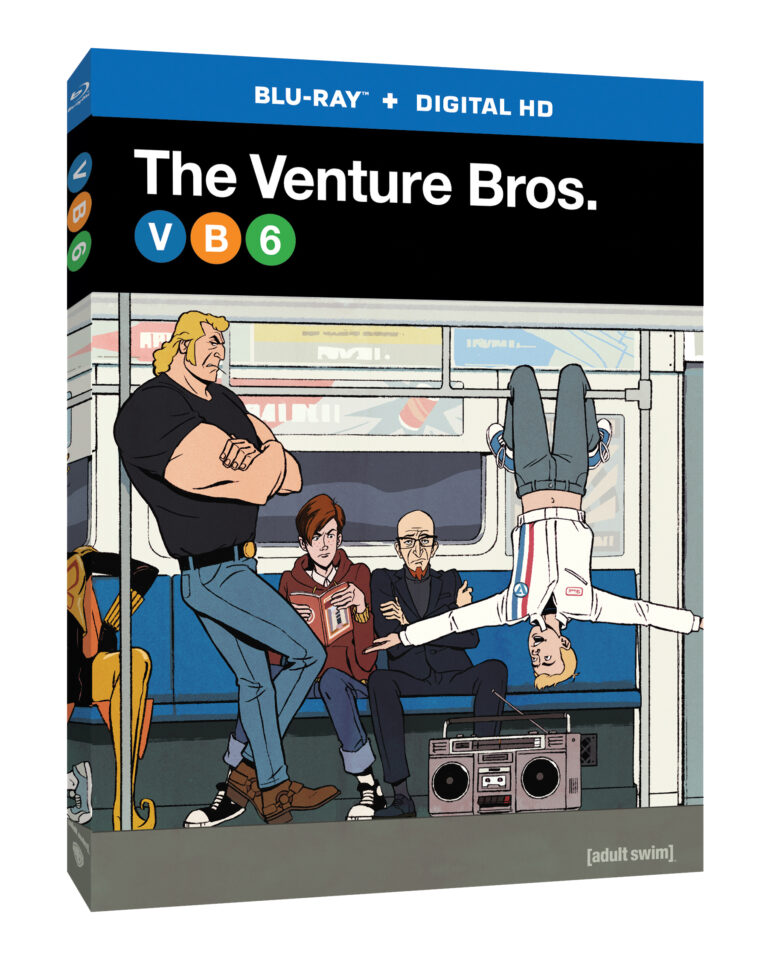 The Venture Bros. “All This and Gargantua-2” Epilogue