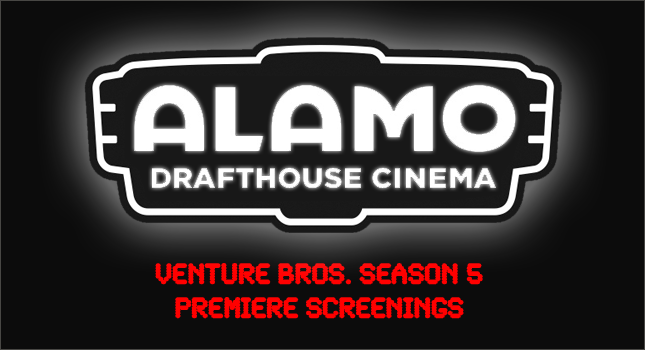 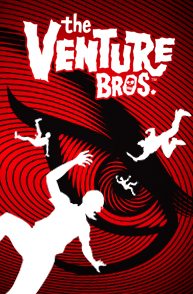 Be among the first to see the highly anticipated premiere on Alamo’s massive silver screen and quality stereo sound. Adult Swim will be screening the Season 4 Finale of Operation P.R.O.M. followed by the Season 5 Premiere days before it airs on TV!

Fans who arrive early to the screening, get a chance to win original animation cels from past seasons of the show. All attendees will receive a limited edition Venture Brothers print! These premiere screenings are completely FREE, but we recommend reserving your space ahead of time.

Alamo Drafthouse is an acclaimed cinema-eatery chain and host to one of the largest genre film festivals in the United States. Alamo Drafthouse Cinema has built a reputation as a movie lover’s oasis not only by combining food and drink service with the movie-going experience, but also introducing unique programming and high-profile, star studded special events.