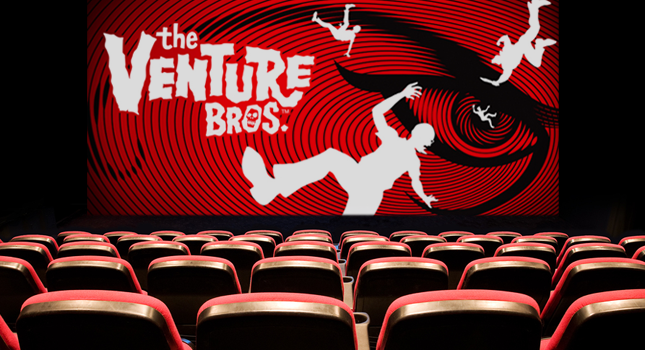 Alamo Drafthouse and Adult Swim are teaming up to celebrate an occasion that only rolls around every 18 or 22 months – a new season of The Venture Bros., Jackson Publick and Doc Hammer’s ongoing examination of failure and body-slimming speed suits.

Before screening the Season Six premiere, audience members will have the chance to vote on a fan favorite episode, which you’ll all watch on the big screen. Plus, Adult Swim is providing shirts for the first 50 guests to arrive and a limited edition poster to every single guest! They’ll also have awesome prizes for our costume contest before the show, so start planning your outfit now.

To reserve your seat at this free screening in advance, you may buy a $5 voucher good towards any food or beverage purchases at the screening. Visit the Alamo Drafthouse for details! 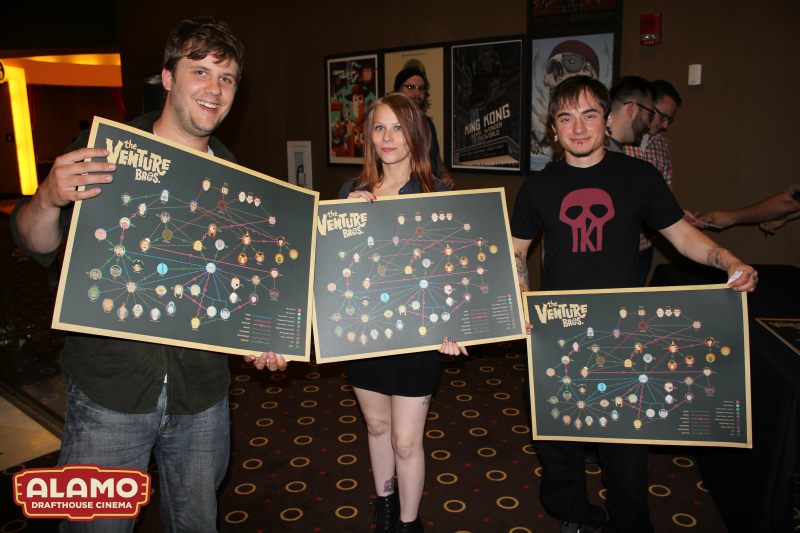 Will you be attending this event? Sound off in the comments below!