Earlier this month we reported that Adult Swim would be coming to Netflix on March 30th. According to the press release, past seasons of Cartoon Network and Adult Swim shows would be made available on instant streaming.

However, there was no mention of the Venture Brothers in the announcement. This news went viral and outraged fans posted their grievances on Facebook and Twitter. Fans even called Netflix Support to demand the series be included.

Today, we confirm that the series has been added to the service! Subscribers can watch Venture Bros. Season One now on Netflix! Fourteen episodes are available, including the pilot episode ‘The Terrible Secret of Turtle Bay.’ Watch online at the link below or stream it right your TV via Xbox, Wii, PS3 and other devices.

We are delighted by this news and look forward to more seasons in the future! Be sure to rate this title and share with your friends on Netflix.

» Watch The Venture Bros. Season One on Netflix 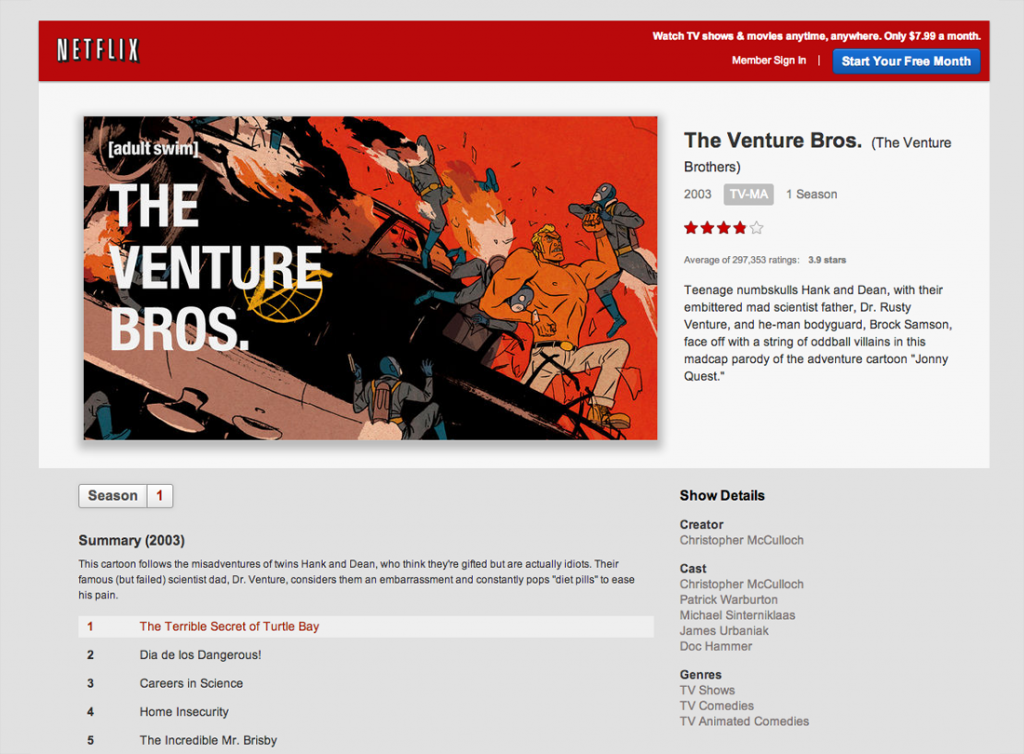